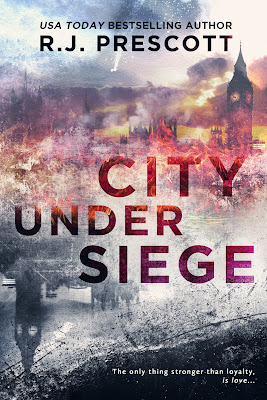 About City Under Siege
London is a city in flames. Tensions are high and a critical situation is about to go from bad to worse. The Prime Minister wants to send a message, and the SAS will be the ones to deliver it.

Emotional detachment is my specialty. I’m ruthless and cut throat, but there is nobody better.

Sarah Tatem is an innocent. Caught up in a world in which she doesn’t belong, and trying desperately to do the right thing. My job is to keep her safe long enough to get what’s needed, and bring an end to this siege of terror.

But something has changed. I’ve learned that the only thing stronger than loyalty is love, and now she’s gone.

My name is Lieutenant Tom Harper, and I’m about to unleash hell. 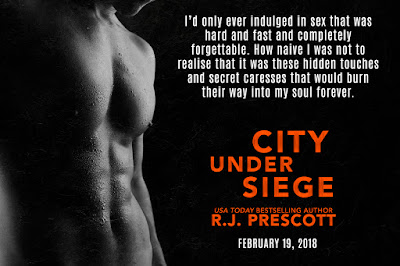 Read my five-plus-starred review of City Under Siege.

Add City Under Siege on Goodreads. 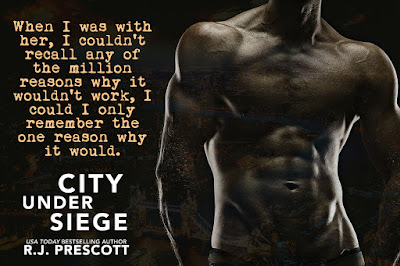 An Excerpt from City Under Siege
“What’s going on in that head of yours?” he asked. Standing in front of me, he consumed my space until you could barely slip a piece of paper between us.

“I know you want to make sure I won’t break and mess up the operation, but this rest was just what I needed. If it would help, I can make a statement for your superiors stating that I threatened to pull from the operation if I didn’t get some space, so you brought me here. I don’t want you getting into trouble over this. Over me….”

He used his knuckle to raise my head until I was looking deep into those big brown eyes.

“The truth is, there are a million places I could’ve taken you to feel safe, but I wanted you here. Sleeping in my bed, cooking in my kitchen, and making yourself at home. I might not get the chance again. So stop worrying so much. Some people are worth a little trouble. I’ll get a rap over the knuckles at most, and I’d take that any day of the week for the chance to have you here.”

“You mean that?” I asked softly. My whole body relaxed in relief as he said the words I’d so longed to hear. Succumbing to the intimacy of the moment, I placed my hands on his chest as he rested his on the stove behind me, trapping me in the security of his arms. The unique scent of his soap and aftershave drugged my senses like nothing else, and I closed my eyes as I tried to memorise it. There were so many consequences to what we were about to do, a price that we would both have to pay. But in that moment, I didn’t care. All I could think about, all I could feel, all I could see, was him. His nose rubbed gently along mine as his warm breath danced across my lips. My whole body ached with the need to feel his weight pressed against me, and the small groan he let slip through his lips told me he felt the same way.

“What are you doing to me?” he whispered.

“Same thing you’re doing to me,” I whispered back.

I opened my eyes long enough to see the expression of pure torture on his face before it turned to resolve. As his head dipped towards me, my breath hitched, knowing, finally, he was going to kiss me. 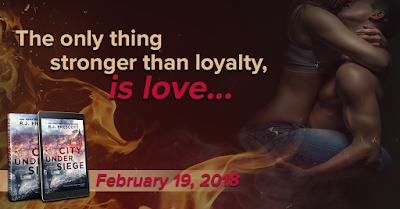 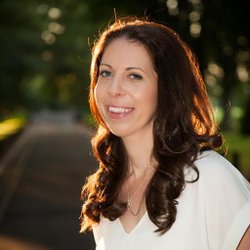 USA Today bestselling author R.J. Prescott was born in Cardiff, South Wales, and studied law at the University of Bristol, England. Four weeks before graduation she fell in love and stayed. Ten years later, she convinced her crazy, wonderful firefighter husband to move back to Cardiff where they now live with their two equally crazy sons. Her debut novel The Hurricane was an international bestseller and finalist in the Goodreads Awards in the category of debut author.