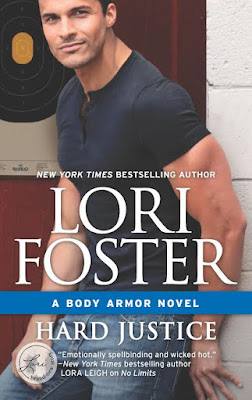 About Hard Justice
New York Times bestselling author Lori Foster returns with the second installment in her explosive new series featuring sexy bodyguards who’ll do anything to protect the ones they love.

Playing it safe has never felt so dangerous…

Justice Wallington knows how to harness his strength and intimidating size—skills he put to good use first in the MMA cage, and now as a bodyguard at the Body Armor agency. But no opponent has ever left him feeling as off balance as his new client, heiress Fallon Wade. Far from a spoiled princess, she’s sweet and intriguingly innocent. It’s a risk-free assignment, until he’s required to fake a relationship with her in order to blend in.

Sheltered from the world after a family tragedy, Fallon longs to experience life—going to bars, dancing, talking to strangers. Not easy with a huge, lethal-looking bodyguard shadowing her every move. Justice seems like her polar opposite, but pretending to be a couple stirs undeniable heat. And when danger strikes again, it’s not just her safety in jeopardy, but a passion that’s real, raw and absolutely against the rules… 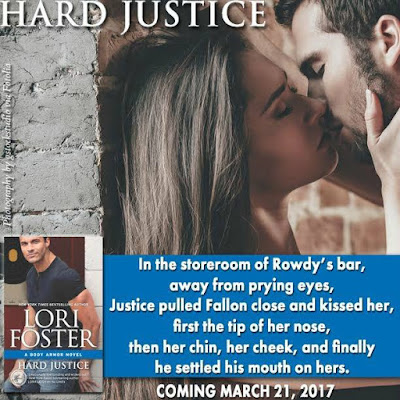 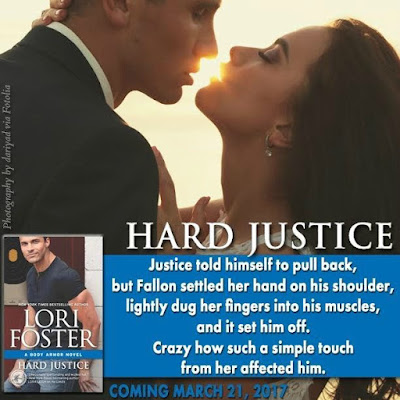 Don't miss Under Pressure, the first book in the Body Armor series. 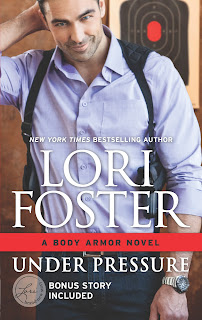 An Excerpt from Hard Justice
“Anyone know her itinerary?” the man asked.

“Even we don’t know it,” her mother explained.

“That’s good then. Not like anyone can plan to use her if they don’t know where she’ll be.” The bodyguard sounded accepting of all the rules. “Don’t sweat it.”

Fallon strangled on a breath. Dear God, he’d just told her mother not to “sweat it.” In her memory, no one had ever spoken to the refined Mrs. Rothschild Wade in such a way.

It was, Fallon decided, somewhat hilarious.

“I realize it all seems extreme,” her father said. “But Fallon is delicate.”

No, I’m not, Fallon wanted to shout. She’d never been delicate, or naive. It was her parents who couldn’t deal, who couldn’t move on. Their worry had all but crippled her—and she’d helped. In trying not to add to their burden, she’d made things worse. For their sake as well as her own, she had to make some changes.

With a note of humor, the big guy replied, “Promise I won’t break her.”

Fallon snickered, but her mother just stared, so her father rushed to reassure her. And Fallon just wanted to get out the door with her hunky new bodyguard before her parents had a complete meltdown.

Tonight was a meet and greet, and hopefully the path to fun and cutting loose and finally being free. Safely. If all went well, if the bodyguard suited her, she’d get to be on her own, living her life without the shackles of the past. Limited freedom, yes. There were some things that, for her, would never change.

She’d had a very sharp reminder of that lately. 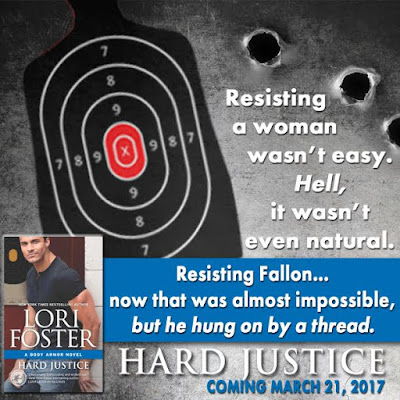 Lori Foster is a New York Times, USA Today, and Publishers Weekly bestselling author of more than 55 titles, beloved for her contemporary romance novels revolving around alpha males and the women they fall for. Lori has been a recipient of the prestigious RT Book Reviews Career Achievement Award for Series Romantic Fantasy and for Contemporary Romance.

For more about Lori, visit her website at LoriFoster.com, or check out other online locations below where she interacts with readers.