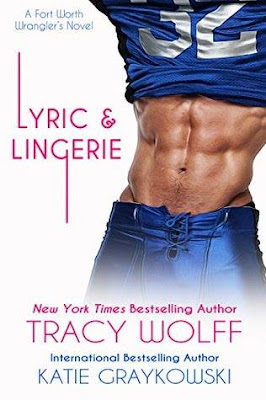 Lyric Wright is an off-beat astrophysicist whose life is falling apart around her. After losing her fiancé to a hula dancing astrologer and losing her dress to an ill-fated leap of faith, she’s sure there’s nowhere for her life to go but up. At least until she sits down on a trans-Pacific flight next to the one man she never wanted to see again—the boy she’d lost her heart and her virginity too back before she’d learned that friendship and football don’t equal true love.

Broken down quarterback Heath Montgomery is on a plane ride to nowhere. Dodging the phone call he’s certain will end his professional football career for good, he might be Texas bound, but he knows there’s nowhere for him to go but down. But that’s before his childhood best friend and confidante plops back into his life wearing nothing but duct tape and a bad attitude. Determined not to lose her again (especially since he isn’t sure why he lost her the first time) and desperate to outrun his own shadowy future, Heath sets out to take Lyric on the ride of her life. Too bad she only dates men who actually know what her butterfly nebula is…and can find it without the help of a star chart.

Add in one passive-aggressive flight attendant with delusions of couture, a cherry red car with a crush on Neil Diamond, an over-protective sister with a black belt in Krav Maga, two parents determined to marry their spinster daughter off to the hometown hero no matter the cost, and a whole lot of lingerie popping up in all the right places at all the wrong times and you’ve got an unforgettable love story that fans of Susan Elizabeth Phillips and Rachel Gibson won’t want to miss! 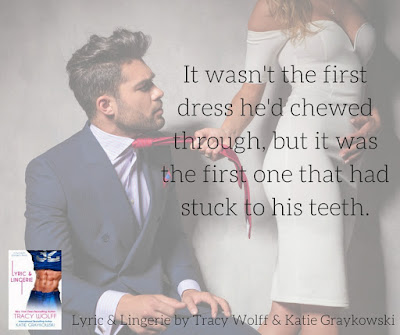 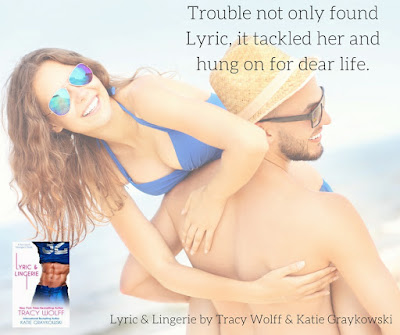 About Tracy Wolff and Katie Graykowski 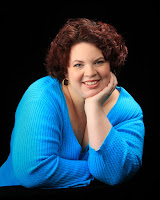 Tracy Wolff collects books, English degrees, and lipsticks and has been known to forget where—and sometimes who—she is when immersed in a great novel. At six, she wrote her first short story—something with a rainbow and a prince—and at seven, she forayed into the wonderful world of girls lit with her first Judy Blume novel. By ten, she’d read everything in the young adult and classics sections of her local bookstore, so in desperation her mom started her on romance novels. And from the first page of the first book, Tracy knew she’d found her life-long love. Now an English professor at her local community college, she writes romances that run the gamut from contemporary to paranormal to erotic suspense.

She finished her first novel in the parking lot right before her first Romance Writers of America meeting. Since then, she’s finaled in or won almost every romance writing competition in the United States.

Katie has been married for over 19 years to a very loving, patient, and tolerant man. She has one human kid and three K-9 kids. She lives on a hilltop outside of Austin, Texas where her home office has an excellent view of the Texas Hill Country. When she’s not writing, she’s scuba diving.