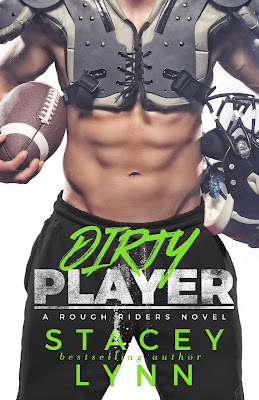 About Dirty Player
Shannon Hale knows what she wants in life. Or so she thought.

But one cheating fiancé and shredded wedding dress later, she skips town desperately needing a do-over. So she moves in with her brother, the new quarterback for the Raleigh Rough Riders, starts her own business, and vows to live by her own rules and no one else’s.

Oliver Powell is a man who always gets what he wants. As the sexy as sin MVP Tight End, he’s arrogant. He’s loaded. He’s also got a sizeable package below the belt that drives the women crazy.

And he’s focused. The prize—a Super Bowl ring on his finger.

His concentration on getting that ring is unwavering—until Shannon Hale shows up. Now the only game he wants to win involves her ending up in his bed.

The problem? Shannon wants nothing to do with NFL’s resident playboy. 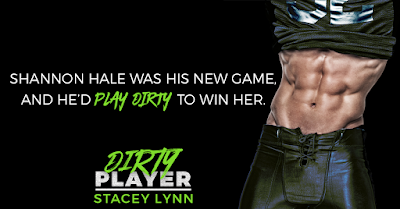 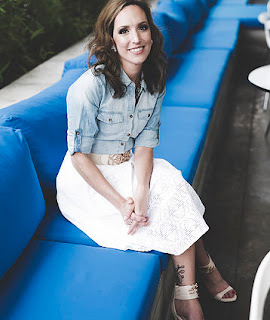 Stacey Lynn is a simple girl, raised most of her life in the MidWest. Perhaps it was the long, frigid winters that left her so bored she had nothing to do but spend time reading every book she could get her hands on from John Grisham and Danielle Steel to Ann M. Martin and CS Lewis. As an avid reader, she began penning poems and short stories long before she reached high school and her love of the written word has never diminished.

Now, as a wife and mother to four children, she finds solace from the craziness of her life by creating steamy, sexy stories that generally tug at your emotions. What began as a hobby and a way to survive a Minnesota winter three years ago and the dream of publishing her first book, has now turned into an unending passion. 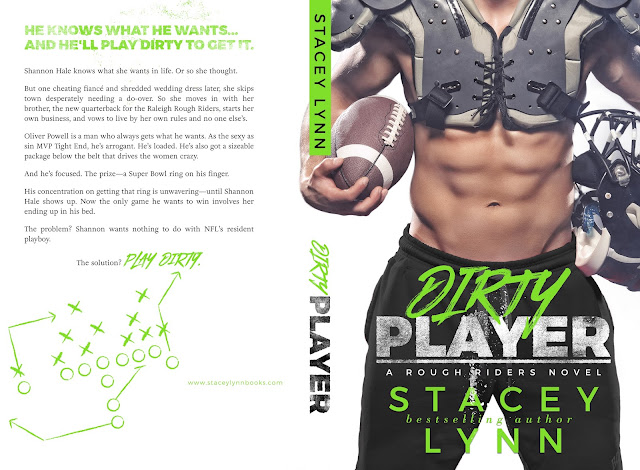