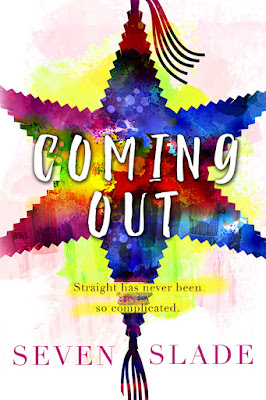 About Coming Out
A long time ago, on a playground far, far away, an awkward boy with two mothers and a penchant for pink shirts shook a tough girl’s hand over the rattled frame of a deposed playground bully.

Tamsyn promised to be Rodrigo’s bodyguard if he’d draw her pictures of girls wearing superhero capes. Rodrigo promised to be Tamsyn’s buddy if she’d let him braid her hair.

A deal, struck. A partnership, forged. And the timid gay boy and the fearless straight girl became inseparable.

Now college graduation looms, and Rodrigo questions his place in the world. He has no boyfriend. No job. And a sudden—arousing—fascination with the female body. Correction: with Tamsyn’s body.

Then one night, a golden ticket from a broken piñata introduces him to the man he’s wanted for years. Now he’s torn between pursuing these strange feelings for Tamsyn or following the guy of his dreams.

If love doesn’t break them up first. 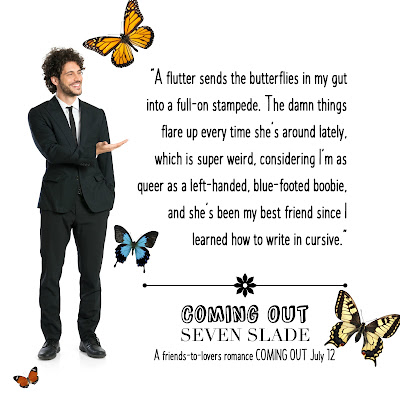 Add Coming Out on Goodreads. 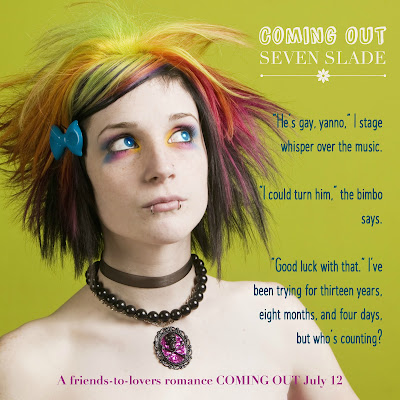 About Seven Slade
Seven Slade is the seventh Slade of seven Slades. A native of the seventh largest city on one of the seven continents, Seven is seven times more likely to eat tacos on a Saturday than on a Tuesday. Seven wrote seven other books as someone else you may have heard of, but don’t let that distract you. It’s totally irrelevant. Seven’s favorite number is eight. 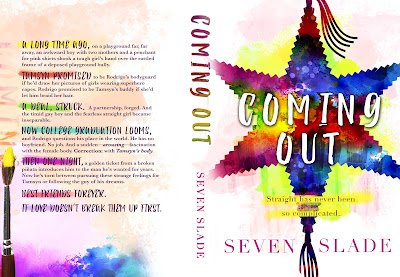