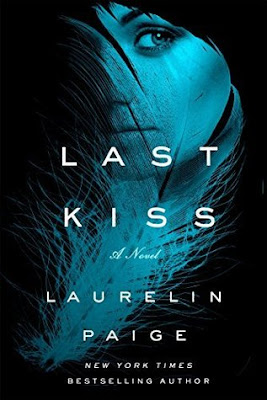 About Last Kiss
A game of cat and mouse filled with dark desires and dangerous secrets...

Emily Wayborn has made a decision.

She might not fully trust handsome and deadly Reeve Sallis, but he is the one person that gives her what she needs. With Reeve she can finally be herself. Submitting to him is the only thing keeping her grounded as the rest of her life falls apart. But the hotelier is a master at keeping secrets and as she continues her quest for answers someone is making sure she doesn’t find them.

Time is running out and she is questioning everything she thought she knew about friendship and love. She must now make an impossible choice that will determine if she will survive with her heart…or at all. 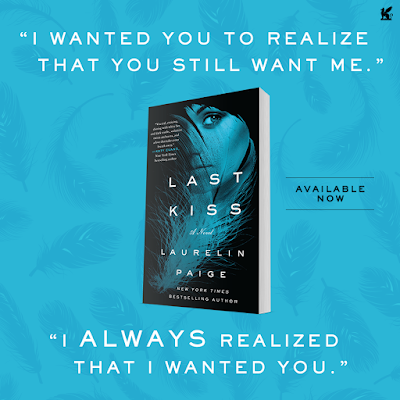 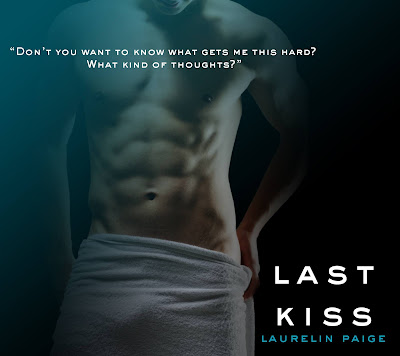 An Excerpt from Last Kiss
Reeve smirked—he loved it when I begged—but he didn’t take me where I wanted to go. Instead, with his fingers pinching my chin, he twisted my face so that my cheek pressed against the glass.

“Look,” he said in reverence.

The mirror ran the whole wall behind me then wrapped around the vanity so, facing this direction, I could see our reflections in the glass, half eclipsed by steam from the shower. He let go of me long enough to wipe the fog then resumed his grip on my jaw. I stared, transfixed by the sight of his cock driving into me over and over.

“Look at that,” he said again, his fingers jabbing into my skin. “The way you let me use you is so beautiful.”
Beautiful. It was beautiful. The way he had me spread out awkwardly across the bathroom sink, naked while he was still clothed—it was vile and wicked and oh, so beautiful.

“I can’t control myself when I’m inside you.” His voice was ragged and threadbare. “I want to tear you apart. I want to rip you to shreds.” He moved both of his hands to grasp my thighs, tilting my pelvis so that his thrusts hit even deeper. “I want to destroy you. Want to fuck you to pieces. Want to shatter you. Want to break you.”

His awful, wonderful words set a storm to gather low inside me, and I could tell that this time it wouldn’t back down. I shifted my hands from the counter to his forearms to brace myself for its attack. The movement drew his attention from the mirror to my face.

“Want to break you,” he repeated, his words more of a rumble than actual speech.

“You do,” I said, peering up under heavy lids, my voice a mere rasp. “You do break me. Every time.”

Reeve’s eyes sparked in awe, then the muscles in his neck grew taut and his rhythm stuttered. With a low growl, he froze and spilled into me, his fingers digging so deep into my skin I was sure they’d leave bruises on my thighs.

It was so hot, how he defiled and wrecked me. So hot how he loved to see me devastated. So hot that I joined him in his release. My mouth fell open and my climax took over, coarsely racking through my body. Even with the mirror supporting my back, I was freefalling, spinning with pleasure. Only a thin layer of sweat and steam covered my body, but it felt like I’d been pulled underwater into a whirlpool of bliss.

It was somewhat disconcerting to feel his eyes so heavy on me. He’d seen me come so many times before, but I’d never noticed him so intent. I lowered my gaze, but he lifted my chin, forcing me to meet his stare head-on.

With a gentle touch, he swept a lock of sweat-drenched hair from my forehead. “Every time?”

He’d been tender with me in the past, but it wasn’t his usual M.O., and it startled me. Moved me as I realized it came from a place of concern.

I do. I always did. I longed for it and needed it. I needed him.

I caught his hand and pressed the back of it to my cheek. “It’s the only reason I ever want to be someone who’s put together. So that you can break me all over again.” 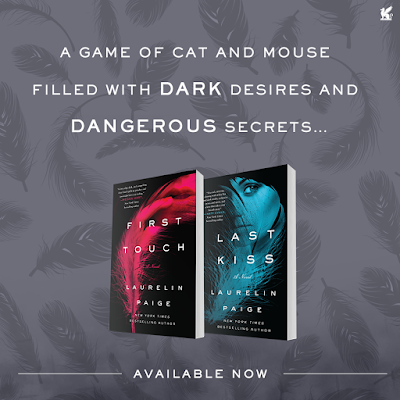 About the First and Last series 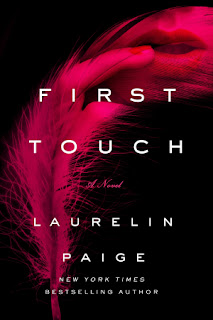 About First Touch (book one) - Date Released: December 29, 2015
Desperate for the truth. Obsessed by desire...

Emily Wayborn is finally her own woman.

After a string of shameful relationships and reckless partying with her best friend Amber, she’s now a successful voiceover actress, her wild past and everyone in it firmly behind her. Until she receives a cryptic voicemail from her former friend that sends her spiraling into the darkness she thought she had outrun. One thing is clear from the message, Amber is in trouble.

Determined to track down her friend, Emily follows a chain of clues that leads her to Reeve Sallis, a gorgeous and equally dangerous hotelier known for his power games and shady dealings. Now, in order to find Amber, Emily must return to her playgirl ways to uncover his secrets and track down her friend. But as she becomes more entangled with him, she finds she's drawn to Reeve and his depravity despite her growing conviction that he may be the one responsible for Amber’s disappearance. 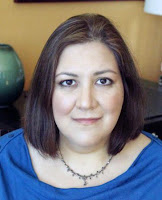 New York Times and USA Today bestselling author Laurelin Paige is a sucker for a good romance and gets giddy anytime there’s kissing, much to the embarrassment of her three daughters. Her husband doesn’t seem to complain, however. When she isn’t reading or writing sexy stories, she’s probably singing, watching Game of Thrones and The Walking Dead, or dreaming of Michael Fassbender.