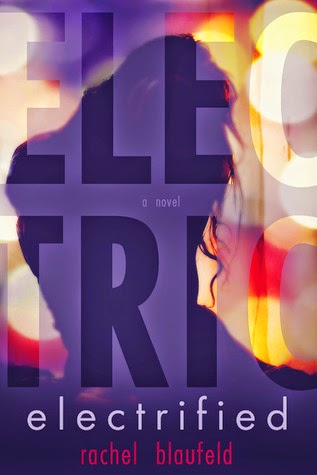 People come to the Electric Tunnel to get their fill of the woman who dances for their entertainment while filling their heads with fantasies to take home with them. With her blonde hair, a body made for sin, and innocent blue eyes, Sienna Flower is a name synonymous with sensuality. When she's onstage, nothing else exists except for the spotlight, the music, and the pole...until her attention is caught by a stranger who comes to watch her and only her every week.

When Carson Graham agreed to take on a missing persons case that would take him to the West Coast, he had no idea how difficult a case it would be. It's gotten to the point of frustration and the only thing that's able to take his mind off it is driving down to Sin City every week to watch one woman who dances and strips off enough clothing that leaves little to the imagination. He's captivated by her physically but he wants to get to know the woman behind the beauty.

The confidence that Sienna exudes when her audience watches her was seven years in the making, seven years after she left her old life behind. She has kept her past life under wraps, with only her closest and most trusted friend, Asher Peterson, knowing the traumatizing events she went through. She no longer looks like the girl she once was, but as well hidden as her former self may be, there are still those who are desperately looking for her, even after seven years.

Carson is the first man that Sienna's felt something other than friendship for and Sienna's the first woman that Carson has developed feelings of protectiveness and something more for. Exploring the possibilities of what may be going on between them is uncharted territory for both but with Sienna's past looking to make a reappearance, will Carson be ready to accept all the baggage that comes with Sienna and is Sienna ready to trust Carson with her heart?

This book had potential to be really great, what with an interesting story about a woman with a hidden past and a private detective on a missing persons case and the two are drawn to one another. The story itself was good but there was just too much wordage going on, and too much of anything is never a good thing. There were times that it got all too repetitive and there was even a point in the first few chapters that I ended up a tad confused in terms of the timeline.

Rachel Blaufeld definitely has some writing chops going for her and I'm still looking forward to reading the second book in the series. Overall, Electrified was a good book that kept my attention from start to finish. Yes, it had issues but I always hold out hope that the next book will be better, especially with proper guidance and from lessons learned. At the end of the day, this was something that I enjoyed, flaws and all, and am giving it 3.5 stars out of five. ♥

Grab a copy of Electrified on Amazon | B&N.